We managed to get every player through round 2 of the DJGA Masters.

Heavy, heavy rain from the morning delayed that start, not once but twice. The original tee-time plan was cancelled around 10 o’clock, and the backup plan was on hold until 11:45, because no-one really knew if the course could keep draining all the water.

At 11:45 it was decided to do a gunstart, starting at 12:30, starting from all holes. The tournament directors will like to thank the players for how they handled the situation, and for their understadning.

Everyone managed to get started, and about one hour into the round the sky cleared, and the sun starting breaking through the clouds. No more rain for that round, but the wind strongly picked up and for most of the players more than half the round was played in extremely strong winds.

After round 2, two Swedish players and two Danish players are on the top of the leaderboard.

In the mens category, Frederik Rykind-Blarke shot an impressive 73 (+1) in the difficult conditions. This gives him a massive lead of 10 shots, heading into the final round.

In the Girls/Ladies category, Elin Pudas Remler from Sweden is still leading, after shooting a 78 (+6). But only with 1 shot, since Viola Kruse from Denmark managed to shoot a 73 (+1),  and it looks like those two players will have I direct duel against each other tomorrow.

In the Boys U16 category, another Swedish player, Filip Grave, shot the best round of the tournament so far, with a 72 (par). This gives him a 2 shot lead heading into the final round.

In the Girls U14 (+15 hcp) group, Isabella Carlberg Rasmussen played a round of 90 shots, which gives her a lead of 10 shots heading into the final day.

We are looking forward to an exciting last round! 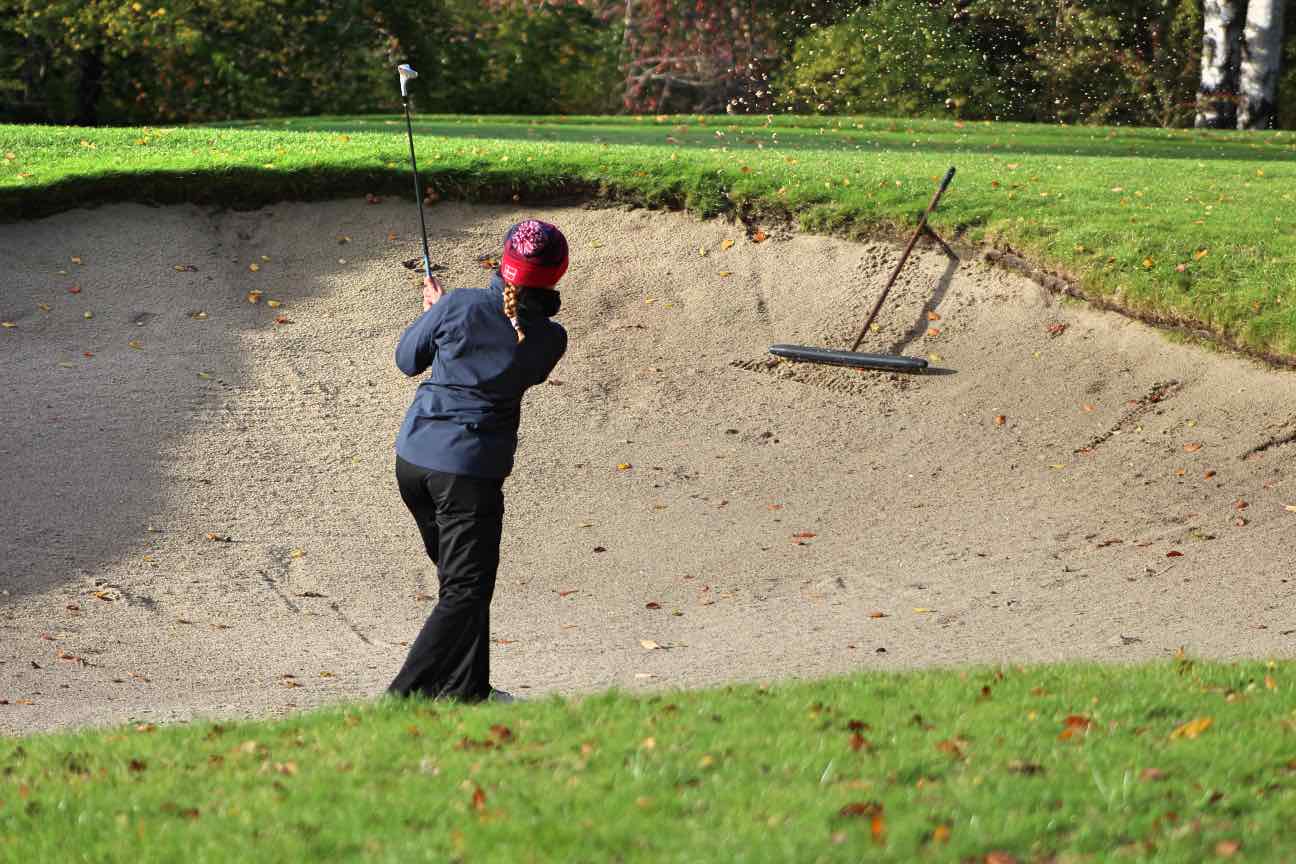 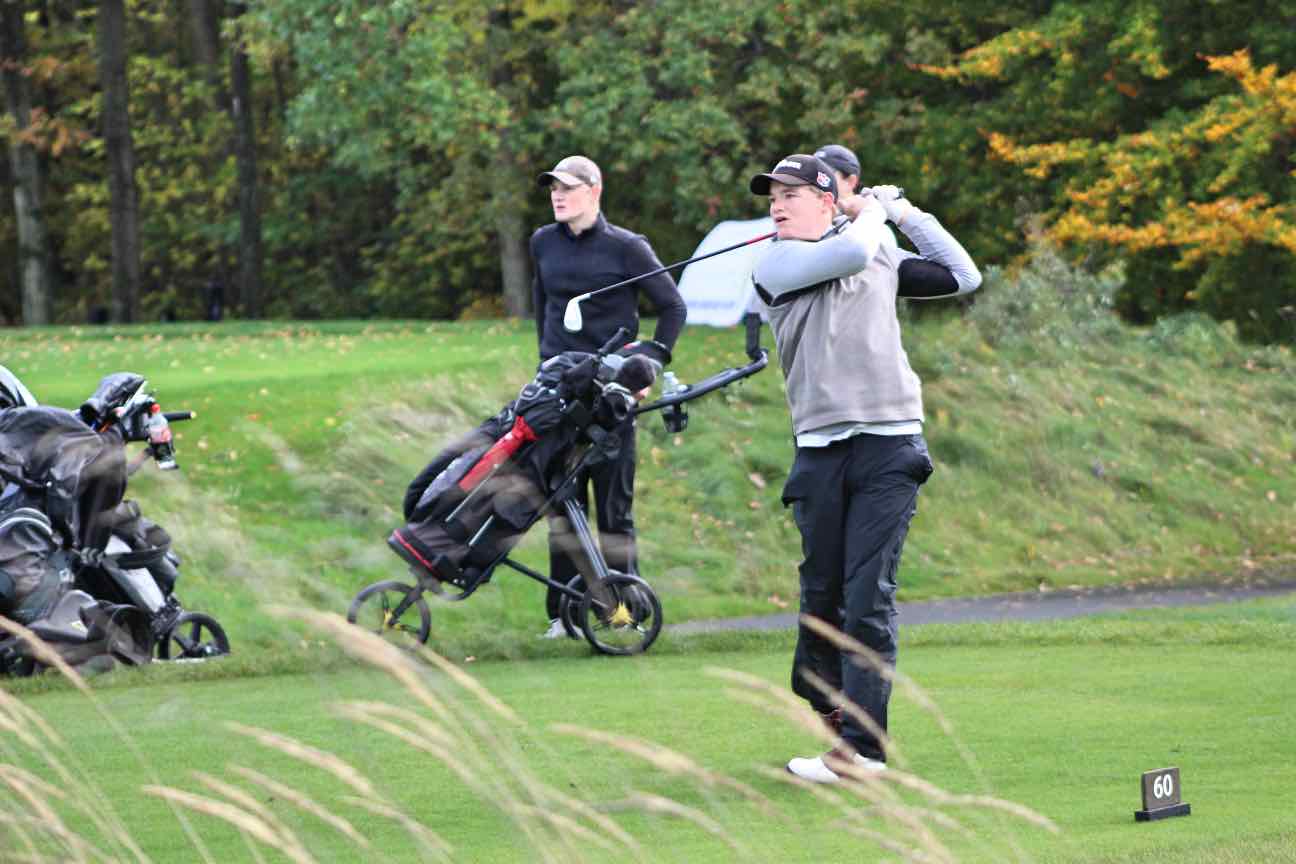